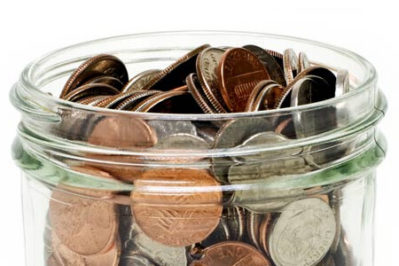 Crowdfunding platforms such as Kickstarter have been popular in the U.S. for several years, allowing everyday consumers to fund entrepreneurial ventures in return for the finished product. While such “reward-based” crowdfunding can open many doors for entrepreneurs, could it also close others?

Assistant Professor Gerry Tsoukalas of Wharton’s Operations, Information, and Decisions Department and Associate Professor Vlad Babich of Georgetown are working to understand the unintended consequences of crowdfunding. Their working paper “Can Crowdfunding Crowd Out Venture Capital Investment?” focuses on the reward-based model, finding evidence suggesting that its impact on entrepreneurs and investors can be mixed.

“We focus on two specific levers through which crowdfunding affects financing,” Tsoukalas describes. “One, it provides information about the long-term success probability of a project.” Successful campaigns signal to banks and VC investors that there is demand in the market, opening up opportunities that may have not been otherwise available for these entrepreneurs. With a successful campaign behind them, entrepreneurs can leverage the fact that they already have customers and sales in the pipeline.

“Two,” continues Tsoukalas, “crowdfunding changes how much capital entrepreneurs may need to borrow from VCs and banks. On the one hand, a successful campaign might unlock bank and VC financing for projects that otherwise would have gone unfunded. On the other hand, if crowdfunding is too successful, it could lead to increased competition between VCs and banks.”

This competitive situation could lead traditional VCs to be crowded out by the newer platforms. As Tsoukalas points out, “Some VCs might prefer to drop out rather than compete. This ultimately may hurt the entrepreneur, who will no longer benefit from the expertise the VC could have brought to the table. In some cases, entrepreneurs might thus be worse off, despite being successful crowdfunders. These results suggest that crowdfunding is a double-edged sword: It can serve as both a complement to VC financing and as a deterrent.”

Assistant Professor of Management Ethan Mollick, whose research also focuses on crowdfunding, stresses that this form of funding has nevertheless “democratized” innovation by shifting the control of capital away from VC firms and other traditional financial institutions. Female entrepreneurs, for example, tend to amass supporters and capital more readily online than in the male-dominated VC world. The “crowd” is also surprisingly good at picking winners.

The world of entrepreneurial financing has continued to expand, as the Securities and Exchange Commission published its finalized rules on equity crowdfunding in late 2015, making it an even more viable source of capital than ever before. Non-accredited investors are now able to receive equity in startups in return for their contributions to campaigns. With equity crowdfunding added to the mix along with the existing reward-based model, these researchers’ findings are especially relevant as both entrepreneurs and funders continue to navigate the constantly evolving financing environment.