Biotech start-ups are a critical source of life-saving discoveries. What happens when VCs won’t fund them? 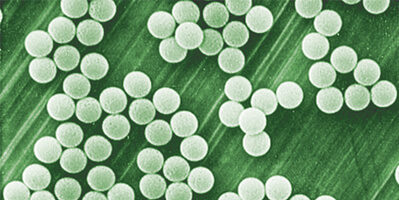 For biotech start-ups, 2014 brought some much-needed good news. Venture capital investment finally started rising again after peaking back in 2008, and was projected to exceed $5 billion by the end of the year. For those of us whose lives might someday depend on a new medical breakthrough (read: all of us) that might sound like a nice, ample figure. But compare that number to the total that software start-ups attracted – $11.2 billion – and the future of that potential medical miracle starts to look less rosy.

At a time when independent VCs have relatively little interest in biotechnology, and government research budgets cut closer and closer to the bone, start-ups have to seek out alternative financing if they’re going to keep churning out discoveries. But how do shifts in funding patterns affect start-ups’ outcomes?

Increasingly, biotech start-ups are turning to the corporate venture capital (CVC) divisions of incumbent pharmaceutical giants, such as GlaxoSmithKline’s SR One and Novo Nordisk’s Novo A/S. In a study sponsored by the Mack Institute, Gary Dushnitsky and co-author Elisa Alvarez-Garrido investigated how these alternate funding sources impact start-ups’ success.

Dushnitsky and Alvarez-Garrido surveyed a sample of US-based VC- and CVC-funded biotech companies founded between 1990 and 2003. They compared their respective levels of innovation output, measured by their patents and publications, and found that the funding shift is a positive one for deep-science innovation. “CVCs not only select innovative start-ups but also nurture them,” Dushnitsky writes. “Half of all CVC-backed start-ups were innovation leaders, ranking in the top half of patenting and publications for their age cohort.”

Several factors seem to account for such positive outcomes: access to corporate facilities, R&D teams, manufacturing capabilities, and regulatory expertise. Given these advantages, Dushnitsky advocates for increased collaboration between entrepreneurs, traditional VCs, and incumbent firms (a strategy that could benefit the giants as much as the start-ups).

Beyond the venture-capital world, an even more untraditional funding source has emerged. In a new trend (one that lightly smacks of desperation), biotech start-ups are increasingly looking to crowdfunding to get studies off the ground. Although this practice raises real questions about the quality of their science, many positive aspects of crowdfunding make it a boon to researchers. At its best, crowdfunding greatly increases the number and diversity of projects that can get funded, and despite the occasional ridiculous project that goes viral, the masses are often surprisingly good at pinpointing real winners.