Following the Bitcoin craze of 2017, blockchain has become increasingly central to conversations on the future of supply chains, trade, and the evolution of technological trust. In this episode of Mastering Innovation on SiriusXM Channel 132, Business Radio Powered by The Wharton School, Kevin Werbach, Professor of Legal Studies & Business Ethics at Wharton and author of The Blockchain and the New Architecture of Trust, discusses the growing need for legal sophistication regarding data privacy, increased public awareness of this issue, and how blockchain is poised to play a role.

We live in an era where companies routinely collect troves of data about their customers, yet trust can be difficult to come by when massive data breaches frequently make the news. Blockchain enthusiasts tout the technology as a solution to problems of trust, because all parties in a transaction have access to the same uneditable records while maintaining ownership over their own data. However, Werbach explains that it’s not that simple. He elaborates on the three most prevalent use cases of the technology and the work that still needs to be done to ensure blockchain’s transparency and scalability.

Nicolaj Siggelkow: There are now legal changes around privacy happening all over the world. How do companies keep up with that? Can some of the rules that are enacted somewhere else actually apply to you?

Kevin Werbach: Yes, there is a growing sophistication in the legal practice around privacy. There is information out there in many places. It’s a very different thing if we’re talking about some corner store that’s got a little website or collecting data on their point of sale system versus a major enterprise. if you’re at any scale, there are plenty of privacy law experts out there that can give you good advice. Again, it’s a matter of thinking that it is something you should have to do.

Siggelkow: Ultimately, this is about trust. That leads us nicely to this topic of blockchain, somewhat of a new technological way of creating trust. At least that’s what the technologists tell us: you don’t have to trust anyone; just trust the technology. As you point out in your book, this is not that easy. Let’s start again with a simple question that has a difficult answer: what is a blockchain?

Werbach: Absolutely. I like the way you made that connection, because it relates to what we were just talking about. The challenge is that you’ve got this massive aggregation of data at all these points, and inherently, you’ve got to trust in those firms that are controlling your data and building analytics and services on top of your data. There’s risk involved in that, and a different architecture. An architecture that doesn’t require centralized repositories, that can allow people to keep control over their data, and that allows firms to keep control over their data when they are interacting with other firms has a lot of value. That’s what we’re going to get to. To answer the basic question, blockchain is a family of technologies. This is part of what’s confusing: it’s not one specific implementation.

People talk about Bitcoin, the cryptocurrency, which was the first well-known implementation of blockchain technology. Not every blockchain system works the way Bitcoin does, but it’s a family of technologies that create decentralized ledgers, distributed databases, where there are multiple copies of information. There’s no one master copy. Everyone’s got their own copy of the information on the network, and yet you’re absolutely confident that everyone is seeing the same thing. You can transact on that network, exchange value, and build applications on that network without having to rely on any central trusted authority in the middle.

Siggelkow: Should we think about, as you just said, that blockchain is the technology, but there are multiple different kinds of blockchains? There’s the Bitcoin blockchain, a blockchain that deals with real estate transactions, etc., each of them having these distributed ledgers?

“Everyone’s got their own copy of the information on the network, and yet you’re absolutely confident that everyone is seeing the same thing.” – Kevin Werbach

Werbach: Yeah, it’s like talking about the internet. It’s a general approach to technology, and then there are a variety of different kinds of implementations. What we’re seeing now is three different categories of use cases around blockchain which are all fairly distinct. Again, they have the same basic technical architecture. One is cryptocurrencies. These are things like Bitcoin or Ether which use a token, some asset of value, either as a currency to literally pay for things, or power applications. One thing you can do is use these to build distributed computing applications that are running transactions on a global distributed computer. That’s one category, the most exciting, most far out, but also the one that’s the least developed. It’s the one where there’s a lot of value in speculating on the currencies, but adoption is still limited. 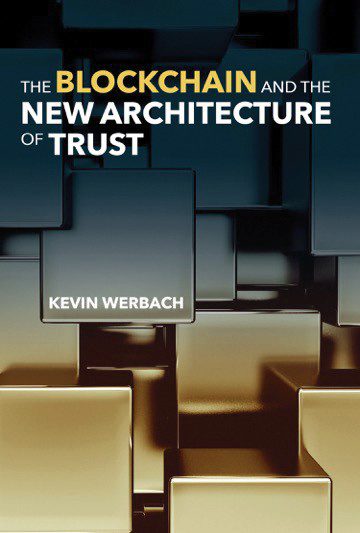 The second use case is using these distributed ledgers for tracking things. Most of these are called permission blockchain. The network is totally decentralized, but you have to get access. You have to be verified in your identity to use the network, so this is for most enterprise and government uses.

“What we’re seeing is now three different categories of use cases around blockchain which are all fairly distinct.” – Kevin Werbach

Think about a supply chain. You have numerous companies, potentially thousands or ten thousands of companies around the world, that are transacting. They know who everyone is on the network — it’s not that anyone on earth can show up and say, “Okay, I want to put something into the supply chain,” — but they all want to keep control over their own information and their own resources. They don’t want to say, “Okay, this distributor, you get control of all the information. Your view of the information will be canonical.” They each want to keep control of their own information, but they all want to see a common view. They want to see one shared record of all the information across the entire supply chain, because that’s much more efficient. That is a second category of applications.

The third category is financial trading applications, where you create a crypto asset. It can be Bitcoin, it could be something else, just something tradable. It could be a tokenized version of a real-world asset. You can tokenize an interest in real estate, then you don’t care about any of the stuff below. You just care, “Okay, now I’ve got a native digital programmable asset that I can trade. I can build derivatives upon it. I can financialize it the way I can financialize anything else.” Those are three categories of things all happening independently.

Sigglekow: You’ve nicely given us three different use examples of this technology. In your sense, and you already gave us a hint of where the first big application is going to be, what are the things that are maybe further out?

Werbach: There is a lot of adoption right now, although most of it is relative to where it could be at an early stage. There are literally dozens of these enterprise networks that are in production, that are serving as a system of record for supply chain, for provenance, for commodities trading, for trade finance, for all sorts of things around the world. Many of them are small scale, but actual real money and real transactions are going over these networks. The potential is trillions of dollars.

Financial trading is starting to take off. You take an investor and say, “I’ve got this asset, and you can trade it,” then they don’t care what it is as long as they can understand the investment properties of the asset. So that is starting to develop. There are several regulatory and infrastructure issues that need to be developed, but that’s all getting deployed right now — things like how you keep custody over assets and so forth.

For the more exciting ones, the decentralized applications, we have very small-scale examples in production. Bitcoin has about $100 billion of value, if you count up all the Bitcoin there is and what it’s worth at the unit price, but there’s very little transaction activity happening. Very few people anywhere are using Bitcoin to pay for anything, and maybe they never will, but we’re still waiting for those networks to be scalable and for the use cases to be clear.

Kevin Werbach is a professor of Legal Studies & Business Ethics at the Wharton School of the University of Pennsylvania. In addition to his influential work on telecommunications and internet policy, he is a pioneer in the emerging field of gamification: applying digital game-design techniques to business. His book, For the Win: How Game Thinking Can Revolutionize Your Business (with Dan Hunter) was published in 2012, and over 220,000 students worldwide have registered for his Massive Open Online Course (MOOC). He was named Wharton’s first “Iron Prof” in 2010.