The eccentric genius is a common trope in both fiction and real life, but can organizations learn to cultivate genius traits at a cultural level? In this episode of Mastering Innovation on Sirius XM Channel 111, Business Radio Powered by The Wharton School, guest Melissa Schilling, John Herzog Family Professor of Management and Organizations at NYU Stern, discussed what we can glean from the eccentricities shared by some of history’s most groundbreaking thinkers.

In Schilling’s recent book, Quirky: The Remarkable Story of the Traits, Foibles, and Genius of Breakthrough Innovators Who Changed the World, she analyzes eight breakthrough innovators: Albert Einstein, Benjamin Franklin, Elon Musk, Dean Kamen, Nikola Tesla, Marie Curie, Thomas Edison, and Steve Jobs. She uncovers several traits they had in common, such as self-efficacy, idealism, and even separateness from others. Whether born with these “quirks” or not, individuals can still learn from or develop these characteristics. For instance, an organization can encourage employees to be introspective by giving them time to process information and brainstorm ideas alone before collaborating in teams.

Melissa Schilling One of the quirky traits that was really surprising – and turns out to be interesting because it gives us a lot of insight into how to help people nurture their own innovative potential – is that a lot of them had this really strong sense of separateness, meaning they felt a little disconnected from the social world around them, like they didn’t belong to it or its rules didn’t apply to them. On the one hand, this made some of them seem a little lonely or iconoclastic, but it also freed them to break with norms, to be unconventional, and to challenge assumptions.

The one who talked the most about it is Albert Einstein. He talked at length about the fact that he felt detached from people, even from his own family. He loved humanity, but individuals not so much. He noted that that was precisely what enabled him to be an independent thinker and to not bow to the norms of the crowd. He actually encouraged people. There’s a nice quote from Einstein that says, “Be a loner because that will enable you to pursue the truth.”

Nicolaj Siggelkow: Interesting. You just mentioned that on the one hand, he didn’t like individuals, but he liked society as a whole. Another finding that you had is that a lot of these people are driven by some idealism – some higher goals they really wanted to accomplish. That’s an interesting tension; on the one hand, you said they’re detached socially, but at the same time, they’re driven by some higher goals. What do you make from that tension?

Schilling: Well first, let me just note that seven out of eight of them definitely were pursuing some giant idealistic goal and sometimes, more than one idealistic goal. Musk wants to get us to renewable energy and also colonize Mars to preserve our species because he believes that statistically, it’s a given that some cataclysmic event will destroy Earth, and the only way to preserve the species is to make sure that we are also on another planet. It’s a pretty big idealistic goal. Musk, Tesla, and Einstein all at one point said something to the effect, or people said about them sometimes, that they liked humanity, but they didn’t really like people.

Sometimes, I wondered what made them like humanity if they didn’t like people. It’s really an interesting question. If I ever get a chance, I’ll ask Musk in person. Somebody else has asked him before, if he really thinks we’re worth saving, which is the question that I would have asked him. He said yes, there was something special about humanity, and we should be saved. I’ve never found a quote from Musk where he directly says he doesn’t like people, but people have said that about him.

“Maybe people are born idealists. We don’t know. Certainly, you can also nurture people to be idealist.” – Melissa Schilling

Saikat Chaudhuri: I wanted to ask you: these inventors and innovators that you look at, how much of them are shaped by nature, and how much by nurture?

Schilling: Such an important question. This is something I was very interested in figuring out because that was at the core of the questions about Steve Jobs and whether or not there could be a successor. I’d have to say that if you want to be very conservative about what you assume is nature, the one thing that was definitely nature for all of them is that they were extremely intelligent from a very early age. Most of them were noted for having exceptional memories. Both Nikola Tesla and Elon Musk, for instance, have photographic memories and can do advanced calculus and physics in their head in real time. Both of them appear to have something called eidetic memory, which is this incredible visual memory. It’s almost like being a human computer-aided design system. You can design a machine, refine it, turn it, run it, adjust it, and redesign it all in your head. For instance, with Nikola Tesla, by the time he would put it into physical form, it was already perfect. I’m pretty sure that was nature.

Nikola Tesla also had a number of signs of dopamine irregularities that I think some of the other innovators might have too. That’s nature, but there’s also an awful lot of nurture. A lot of them had interesting childhoods where they were encouraged to read on their own. Now, they might have chosen that, but they definitely did spend a lot of time studying on their own. A lot of them resisted the structure of school or had almost no formal schooling. 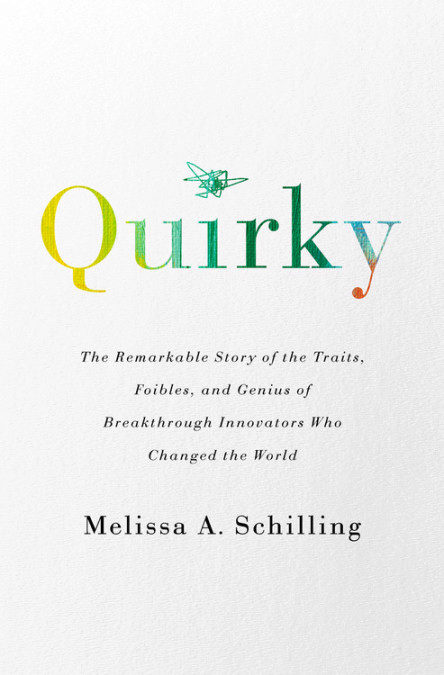 Idealism can come from both inside or outside, so maybe people are born idealists. We don’t know. Certainly, you can also nurture people to be idealist. You can teach them to focus on larger ideals, and sometimes, nationalism or religion have inspired idealism in people.

Self-efficacy is another interesting one. All of these people had really, really strong self-efficacy where they had intense faith in their ability to overcome obstacles and achieve their goals. What I find fascinating about that is you might not come across as a confident person generally, you might not have high general self-confidence, and yet, you could still have really high self-efficacy. Self-efficacy is a powerful trait because it’ll make you more productive and bolder in a lot of different ways.

I don’t think we know exactly if there’s a nature component to self-efficacy, but you can definitely encourage self-efficacy through nurture. For instance, you can help kids have early wins by not rescuing them every time they encounter an obstacle, maybe standing back, saying, “Hey, I have faith in you. You’re going to figure this out. You can do it,” and let them solve it on their own. People develop self-efficacy vicariously by reading hero stories. For instance, when you read about someone that you can identify with overcoming their obstacles and achieving their goals, it teaches you something about yourself. There are more examples in the book. There are a lot of ways we can nurture people to have this breakthrough innovation potential, but there may also be a nature component, at least in the eight people that I studied.

Chaudhuri: So, if we can actually spot and discover them, we can develop them into iconic leaders?

“Self-efficacy is a powerful trait because it’ll make you more productive and bolder in a lot of different ways.” – Melissa Schilling

Schilling: Yes. I have to say that doing this project changed my parenting. I’m in a generation of parents where kids tend to get scheduled to the hilt. You want to put them in language classes, have them take violin lesson, and be on the soccer team, buying into all these ideas about cultivated charisma and making them have the social skills. Social skills are extremely valuable, but I also think that some kids want to be loners, and that should be okay too, that a kid is not a joiner or a kid just wants to do things differently. The most important thing we could do is send them the message that they are great that way too and that you can be successful and happy that way.

One of the advantages a lot of the people in my book had is they had families that basically let them be who they wanted to be. You’re going to be happy whether you’re a social person or a non-social person. You’re going be happier if the world says, “Hey, that’s okay. You’re great the way you are,” than to get the message that you need to change that.

Melissa A. Schilling is the author of QUIRKY: The Remarkable Story of the Traits, Foibles, and Genius of Breakthrough Innovators Who Changed the World, John Herzog Family Professor of Management and Organizations at NYU Stern, and one of the world’s leading experts on innovation. Her textbook Strategic Management of Technological Innovation (now in its fifth edition) is the #1 innovation strategy text in the world and is available in seven languages. Schilling is also coauthor of Strategic Management: An Integrated Approach, now in its 12th edition and one of the world’s leading strategic management textbooks. She and her work have been featured on NPR’s Marketplace, Bloomberg BusinessWeek, Harvard Business Review, Huffington Post, CNBC, Scientific American, and USA Today, among others. She also speaks regularly at national and international conferences as well as corporations on strategy and innovation. You can follow her Twitter, @mschilli1.