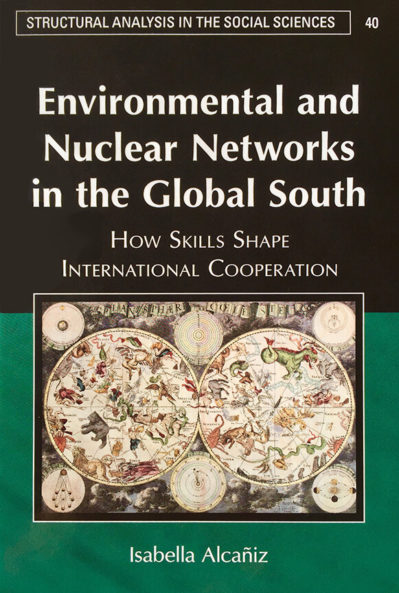 No skills, no cooperation. That is the core finding of this book, which seeks to explain international inter-agency cooperation in the protection of the environment and the development of nuclear technology across the Global South.

Policymaking has become more complex in the information age, more international and interdependent in a globalized world, and more pressed by the urgency of the problems it attempts to address. Much international cooperation is unthinkable without a large body of expert bureaucrats greasing and turning the wheels of the government machine.

While high-level diplomacy and multilateral treaties receive the bulk of scholarly attention, the “behind-the-scene” legwork that expert bureaucrats do on a regular basis has not been properly studied. Yet, government experts — namely, the program managers and division heads that constitute the life force of specialized state agencies — are essential to national and international policymaking.

Transnational partnerships among bureaucrats can yield extraordinary outcomes. The Kyoto Protocol would not have been possible without the preceding coordinated efforts of state climatologists around the world; the Non Proliferation Treaty (NPT) and the Comprehensive Test Ban Treaty (CTBT) would not have been realized if not for the prior work carried out by nuclear bureaucrats from industrialized and developing nations. World summits on wide-ranging issues, like sustainable development, AIDS, and trade, rest on the pooling of expertise among state agencies and the deployment of scientists on government payrolls.

For several decades, expert bureaucrats have been moving regularly across borders, from their home institutions to specialized International Organizations (IOs), and in the process, forging collaborative networks with peers. The purpose of this book is to explain the international cooperative behavior of state experts, who increasingly go outside their national agencies and work with foreign colleagues on technical projects and programs.

The book focuses on inter-agency cooperation in two policy areas: nuclear energy, science, and technology (NEST) and environmental protection. For many reasons, and despite their differences, these are ideal fields to examine how skills shape international cooperation. Both are high technology policy fields, where STEM-trained (science, technology, engineering, and mathematics) professionals are increasingly being hired. While there is no reliable data on the number of bureaucrats with STEM degrees employed in these two state sectors, archival and anecdotal data from field research indicate a high proportion of technical personnel.

Environmental state agencies, which historically lag NEST institutions regarding the skill level of its personnel, have steadily increased the number of technical experts (e.g., water engineers, agricultural chemists, animal geographers, etc.) that the sector needs to function. Further, these fields are research-intensive; meaning effective policy design, adoption, and implementation need to be based on scientific knowledge, which in turn requires sustained investment in R&D (Research and Development) budgets. Undoubtedly, both fields have been shaped thoroughly by the information age and are directly affected by technology changes.

Finally and significantly, bureaucracies in the Global South are major players in NEST and environmental protection. In other words, in the vast majority of developing countries these areas are mostly public, whereby state-employed experts carry the burden of activity and have few employment alternatives in the private sector.

Environmental and Nuclear Networks in the Global South asks and answers the question of how skills affect international cooperation. While little scholarly attention has been paid to this problem, the impact of skills on international competition has been studied at length (Booth & Snower, 1996; Mayer & Solga, 2008; K. Thelen, 2004, 2014). For example, scholars have analyzed how the distribution of training shapes competition and have found evidence that when resources are scarce, workers that are younger, more skilled, and employed benefit overwhelmingly from employer and state investment in skill upgrading (Booth & Snower, 1996; Brown, 2001; Brown et al., 2001; Estévez-Abe, 2012; Estevez-Abe et al., 2001; Mayer & Solga, 2008; K. Thelen, 2014). We also know that the level of skills of the workforce may trigger poaching behavior between competing employers and make them less inclined to invest in employees’ general training (Becker, 2009; Streeck, 2012). The effect of different skill levels on economic competition has been examined across countries and political economists are in strong agreement that “skills have become a highly valued commodity in the new ‘knowledge society’ and a strategic asset in the economic competition among nations” (Mayer and Solga 2008: 2).

Yet, states cooperate just as often as they compete. Cooperation across the developing world, in particular, is at an all-time high as a result of democratization, globalization, and the information age (Alcañiz, 2012; WorldBank, 2012). These three processes and all they entail have simplified and multiplied the ways in which actors across borders, even across regions, work together. In a world where some of the practical barriers to collaboration have been removed thanks to innovative communication channels, an actor’s skillset may be one of the more significant discriminators in cooperation. This is especially true in the developing world, where cooperating countries regularly operate with insufficient budgets. If all participants suffer from a shortage of economic resources, skills (or the lack there of) can be a greater barrier to cooperation than funds. In this book, I test some of the main expectations from the political economy of skills and discover that many of its findings hold for transnational cooperating bureaucrats.

In addition, my argument also draws from, and contributes to, the study of bureaucratic politics. I am interested in how students of bureaucracies understand and explain skill formation and upgrade in the state. The debate on bureaucratic expertise is twofold. One current of thought — prominent in the field of comparative politics — explains variation in the level of bureaucratic expertise among countries as a function of different institutional arrangements (Evans, 1995; Evans, Rueschemeyer, & Skocpol, 1985; Hall, 1989; Maggetti, 2014; Pierson, 1993; Schneider, 1999; Sikkink, 1991; Weber, 1958). The focus on state institutions by this theoretical approach contrasts with the delegation literature, which emphasizes the strategic behavior of political principals who must decide whether to micro-manage or not skilled bureaucrats. For delegation scholars, behavior is more important than institution because what matters is how the bureaucrat may use her expertise against the wishes of the political principal, not the origin (or continued source) of that expertise (J. D. Huber & Shipan, 2006). State skills, in this tradition, are fixed and exogenous to the study of bureaucratic politics. In other words, bureaucracies either have expertise or not.

This book finds common ground with both theoretical perspectives. On the one hand, it problematizes the critical question of skill formation in the state as institutionalists do. Bureaucratic expertise, particularly in the Global South, cannot be assumed away and — while not the focus of this book — the argument presented here begins with the understanding that the ability states have to hire, train, and maintain skilled workers goes hand in hand with the type of institutional investments they are willing to make. On the other hand, as delegation theorists remind us, bureaucrats have agency, regardless of the type of state institution in which they are embedded (McCarthy 2012; Huber and Shipan 2008; Bendor and Meirowitz 2004; Huber and Shipan 2002; Gailmard 2002). Because of this, the incentives they face and the strategies they develop in order to advance in their careers and improve the terms of delegation should be examined. How have global trends, such as the information revolution, globalization, and — for the third world — the wave of recent democratizations, changed the incentives of state experts to acquire and maintain their technical skills? What explains the international cooperation of so many state experts in the world? The field of bureaucratic politics has been slow to examine the effect of these issues, especially through a comparative method, even though public administrators and state experts have articulated in multiple ways the importance of innovation and international cooperation.1

1For example, the scientific director of the Sao Paulo Research Foundation (FAPESP) stated: “Since about 2006 we have seen an important increase in international opportunities,” says Brito Cruz. These days he spends more than a third of his time “talking to foreign delegates and organizing partnerships — with Germany, the UK, Denmark, Argentina, Portugal, the US.” 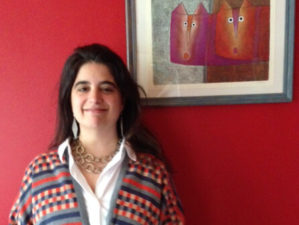 Isabella Alcañiz received her Ph.D. in Political Science from Northwestern University. Prior to joining the Department of Government and Politics at the University of Maryland, she was a Postdoctoral Fellow and Visiting Professor at the Wharton School and Department of Political Science, University of Pennsylvania and an Assistant Professor at the Department of Political Science, University of Houston. Her research focuses on the state in the Global South, with a special concentration in Latin America. She studies how domestic actors — namely, expert bureaucrats — adopt international strategies to compensate for the loss of room to maneuver resulting from globalization, democratization, and the information age. At present, her work examines the problem of skill formation and skill updating in the environmental sector and other science-based policy areas (such as nuclear energy). To explain the behavior of political actors embedded in existing institutions, she uses the methods and techniques of social network analysis.