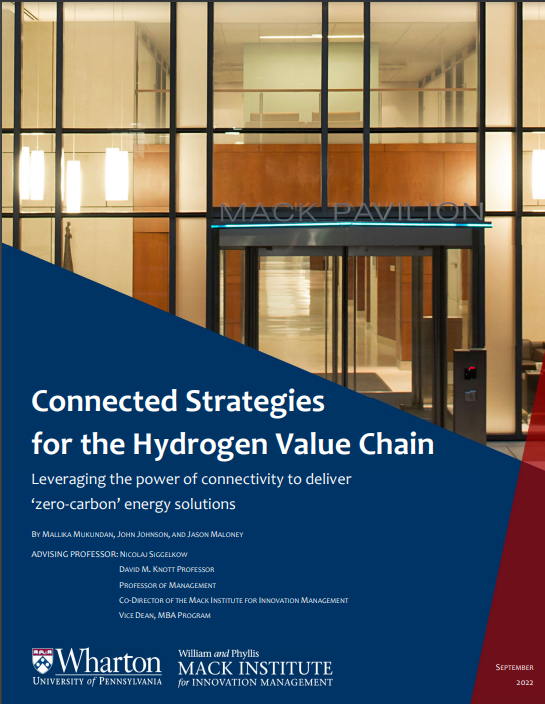 Hydrogen is being explored as a zero-carbon energy alternative in large, heavy and “hard to abate” sectors of the economy such as aviation, shipping, and other heavy industry. While hydrogen has several features that make it attractive for this end goal, there are several challenges that persist. Widespread hydrogen use is today limited by availability of renewable electricity (for green hydrogen), regional cost and efficiency of carbon capture (in the case of blue hydrogen) and several safety and handling limitations. Synchronously, a digital revolution is sweeping the global energy sector with the potential to facilitate and accelerate the energy transition by transforming the way energy is produced, transported, and consumed. There are several digital technologies such as cloud computing, AI and blockchain technology that could have far-reaching impacts to decarbonizing the power sector.