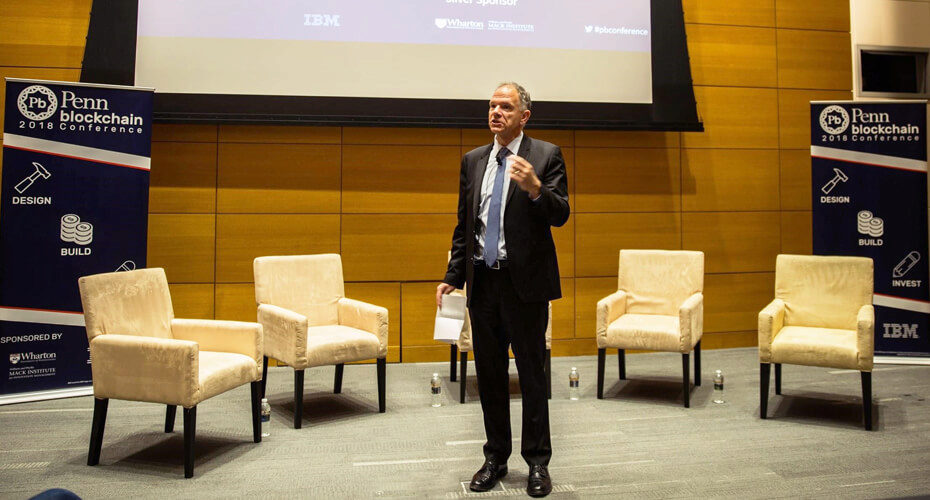 “How many people here are working for or planning on starting their own Blockchain-focused company?”

When speaker Michael del Castillo of Coindesk posed that question at the inaugural Penn Blockchain Conference, more than half the attendees’ hands shot up.

With 41 speakers and over 300 in the audience, this student-run conference embodied the growing excitement around blockchain and fintech in general. Undergrad Nate Rush and MBA students Jitin Jain and Abhinav Prateek founded the Penn Blockchain Club in 2017 to expand the knowledge of blockchain in the Penn community through classes on smart contracts, speaker events, and Lunch & Learns. The Penn Blockchain Conference, sponsored by the Mack Institute, was a culmination of their efforts to facilitate conversation between the Penn community and blockchain industry leaders. 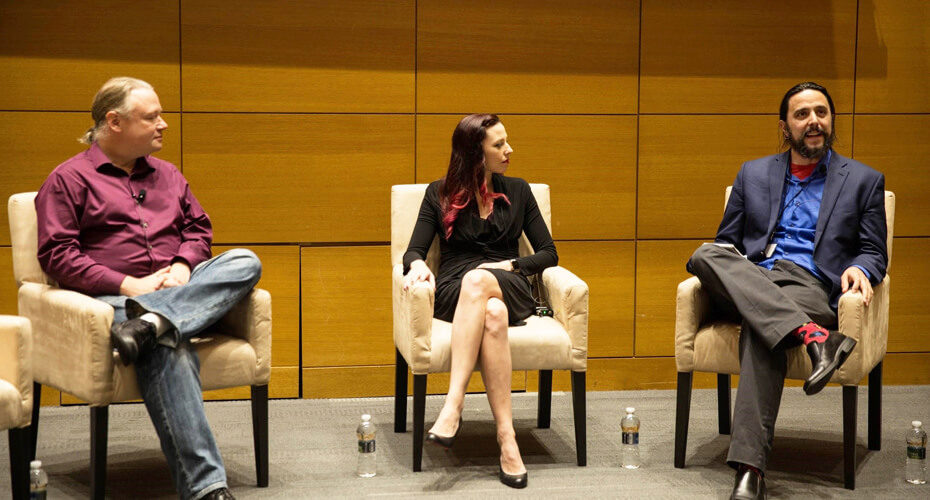 Throughout the planning process, conference co-chair Harry DiFrancesco envisioned that the event would educate students about blockchain and its possibilities and help establish Penn and Wharton as a player in the space. With speakers such as Kathryn Harrison (IBM), Daniel Aranda (Ripple), and Ron Quaranta (Wall Street Blockchain Alliance), and both undergraduate and graduate students in attendance, the club was able to promote discussion between many different stakeholders. Questions such as “What laws and regulations should be in place to manage cryptoassets?” and “What potential enterprise applications does blockchain have?” kept conversation flowing throughout the day.

Regarding enterprise applications, Harrison claimed that the biggest advantages to using blockchain are immutability and finality. For cases where multiple entities need to share information in a private and controlled way (in financial services, supply chains, government, healthcare, etc.), blockchain can allow these exchanges to occur in a more structured way.

Yorke Rhodes (Microsoft) described how the idea of ownership in relation to blockchain will help with asset management in large corporations, explaining that the speed of transactions could be decreased from days to seconds.

Speakers such as Ari Paul (BlockTower Capital) and Elizabeth Stark (Lightning Labs) talked about how we are still in the very early stages of blockchain. Interest in the field is continuing to grow globally, but both were in agreement that much work still needs to be done in the field before the “blockchain revolution” occurs. 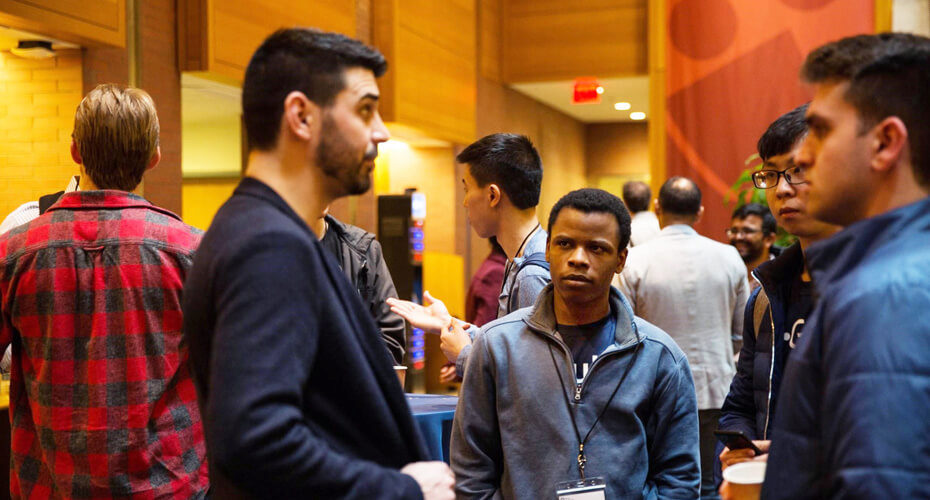 Student team member Tong Pow claimed, “Penn Blockchain Club’s first conference was an eye-opening experience for me. As a member of the Operations team, I got to greet and see influential people in the industry, many of whom I had only read about or follow on social media. My team was stellar, and I enjoyed working with a group made up of undergrads and grads who are all just as curious as I am about the potential of blockchain technology.”

For next year, Operations Team Lead Erik Marks wishes to grow the conference with talks about more technical and advanced topics. In order to prepare students to understand these talks, the club hopes to expand its educational initiatives so that speakers are able to speak more in detail about their projects and research knowing that students will be able to understand.