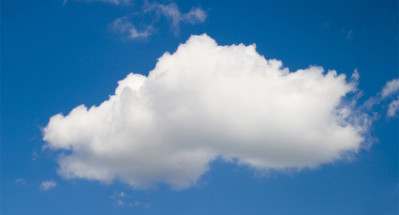 After years of making incremental changes to transform itself from a personal computer and server player into a company that could offer a wider array of products and services, Dell is punting its piecemeal approach in favor of a system-wide repositioning of its business by acquiring storage behemoth EMC for $67 billion — the largest M&A deal ever between technology firms.

It is a big bet by founder Michael Dell, who took the company private two years ago in a bid to rejuvenate operations outside of Wall Street’s scrutiny in the midst of a decline in the personal computer industry. “He’s making a big comeback,” says Wharton emeritus management professor Lawrence Hrebiniak. In the deal, Dell will take EMC private while keeping its majority-owned cloud and virtualization software and services firm VMware a public company. EMC shareholders will get a VMWare tracking stock.

“Our new company will be incredibly well-positioned for growth in the most strategic areas of next-generation IT including digital transformation, software-defined data center, converged infrastructure, cloud, mobile and security,” Michael Dell said in a letter to customers. “This union is all about opportunity, growth and innovation for us and for you.” He noted that Dell’s expertise in serving small and midsize businesses will complement EMC’s large enterprise clientele.

Wharton management professor Luis Rios points out that Dell has been steadily trying to develop a beachhead in the data services industry through acquisitions since at least the mid-2000s. Now, Michael Dell did it in one stroke. “The EMC deal … can be seen as the switch from an ineffective incremental approach to a disruptive reboot of the firm’s core strategy Twitter,” he says.

With Dell’s core personal computer business failing to maintain its gangbuster growth of the 1990s and its foray into the enterprise server market not enough to turn around its prospects, the company has been pushing into the areas of storage, networking and services over the past few years to capture growth, Rios notes.

Dell acquired companies such as information technology services provider Perot Systems, data center networking company Force10 Networks and IT management software provider Quest Software, among others. But its past acquisitions have only served to nudge Dell’s needle a little further in its transformation of its core strategy — until now.

“EMC brings an entire services value-chain that can be grafted on top of Dell’s solid, but mature, hardware business. All the way from a massive patent portfolio, to established clients and all the hardware, software and people in between — this is something that would have taken Dell years to assemble organically,” says Rios.

The EMC deal also holds the promise of pushing Dell to the status of a one-stop-shop with its hardware, software, storage, cloud, virtualization, security and services offerings. “It will stand shoulder-to-shoulder with IBM, HP and Oracle,” he adds. “You can’t dismiss Dell anymore as a company that just makes servers and PCs.” 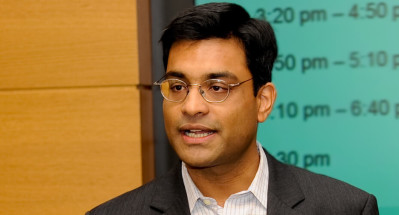 Even so, Dell will be hard-pressed to differentiate itself from these seasoned competitors, noted Mack Institute executive director Saikat Chaudhuri on the Knowledge@Wharton show on Wharton Business Radio on SiriusXM channel 111. The bigger strategic question for Dell is to figure out what it ultimately wants to become after absorbing EMC. “Does it want to be a one-stop shop like IBM, HP or others, in which case this [deal] is a first step? Or, should it focus on [specializing]?” he asks.

Michael Dell’s strategic bet comes at a lofty price that also saddles the new company with $40 billion of debt financing to pay for the mega-merger. However, he told customers in his letter that the company plans to focus on cutting down debt in the first 18 to 24 months after the merger closes — expected between May and October 2016. Moreover, he sees the deal having a “neutral, positive impact on current corporate credit ratings.”

Indeed, Moody’s Investors Service has placed Dell’s corporate family credit rating under review for an upgrade despite the high debt load it plans to incur. The ratings agency said that “despite the significant increase in debt and initial leverage, Dell’s overall credit profile will be enhanced with the acquisition of EMC, a merger that will create the largest private technology company in the world based on revenues.” Moody’s further noted that after the deal closes, Dell will have a “leading global market position.”

In the second quarter, Dell held the No. 3 position in worldwide PC shipments with 14.5% of the market share and the No. 2 position in global server sales with $2.36 billion in revenue, according to research firm IDC. EMC, meanwhile, was the top external disk storage maker with 29.9% of worldwide revenues, according to a report in The Register.

The ratings agency added that Dell and EMC’s combined portfolio of client, data center and storage solutions, including VMware, will enable them to compete effectively in a “technology environment shifting to hybrid cloud computing platforms.” Moody’s expects Dell to post free cash flow of more than $5.5 billion in calendar year 2017. Moreover, it said that when Dell went private in a highly leveraged transaction in 2013, the company allocated the majority of its cash flow to paying down its debt. Moody’s expects Dell to do the same for the EMC deal.

“It will stand shoulder-to-shoulder with IBM, HP and Oracle. You can’t dismiss Dell anymore as a company that just makes servers and PCs.” –Luis Rios

But as it is paying down debt, there is always the specter of opportunity costs — what Dell could have done with the money instead of using it for debt repayment — according to Hrebiniak. “If [Dell] wants to expand, or if they want to get further into cloud, or if they want to make additional acquisitions down the road, that debt burden will definitely slow them down,” he notes.

Chaudhuri, however, notes that EMC’s financial health bodes well for Dell’s ability to pay off its debts. “The good news is EMC makes some money and part of its business is poised to grow, so both margins and cash flow that comes are going to be positive vis-a-vis the heavy PC exposure that Dell has. That is good news in the short run,” he points out.

Dell also could consider selling off parts of EMC that are not critical to its long-term strategy to pay off its debt, said Ashish Nadkarni, program director of enterprise servers and storage for IDC. For instance, Dell could fold EMC’s security business RSA into the PC maker’s SecureWorks, which it is reportedly planning to spin out as an IPO, he said.

Although EMC could solicit other offers during a 60-day “go-shop” period, industry observers doubt it will have any takers, according to a Reuters report. There is a $2 billion break-up fee if EMC accepts another proposal within the 60-day window and $2.5 billion thereafter.

Thumbs Up on the Merger

Mergers can often lead to uneasiness among customers of the companies that are combining. But in the case of Dell’s proposed EMC merger, Dell customers view it favorably, with only 15% of its customers responding with a “negative impression,” according to a 451 Research survey.

Two reasons for such a reaction from Dell customers include the ability to purchase a wider selection of products from a single vendor, as well as the merger bringing together two companies that complement each other, according to the survey. On the flip side, those customers who were negative about the deal cited that it would be a distraction to both companies and that the combined company was destined to fail.

“Post-merger integration is not going to be easy. Dell had some experience with [M&A], but this is much bigger.” –Saikat Chaudhuri

Wharton’s Hrebiniak and Chaudhuri see the merger in a positive light. “Both companies had to make a move,” Chaudhuri says. That is especially the case for Dell, which wants to transition away from PCs and get into the higher-end enterprise business. Also, EMC is not as much of a cloud provider as it would like to be, vis-à-vis the likes of Amazon, Google and Microsoft.

Chaudhuri adds that VMware could end up becoming Dell’s path to cementing its reputation in software and services, just like software firm Lotus led IBM’s transformation out of hardware. IBM leveraged its Lotus acquisition to transform from being a “stodgy hardware player” to a “hip software player.” VMware could do the same for Dell, he surmised.

With the merger of these two industry titans, more consolidation is expected in the tech sector as competitors seek to maintain and expand their market share. “We can expect to see further consolidation, with the main players acquiring second- and third-tier operators. This is a natural shakeout pattern, which we have seen in many prior technological waves, both recent, like operating systems or handheld platforms, and ancient, such as typewriters, phonographs and even zippers,” observed Rios.

Competitors of Dell and EMC, however, are trying to play down the potential impact of the merger. Hewlett-Packard CEO Meg Whitman, according to a report in The Wall Street Journal, issued a memo to her employees that customers of both Dell and EMC will face “chaos” as the two companies integrate their workforces, sales teams and product lines. “Post-merger integration is not going to be easy,” Chaudhuri agrees. “Dell had some experience with [M&A], but this is much bigger.”

However, if Dell is successful in transforming and differentiating itself in new ways, or perhaps demonstrating that a tech titan does not have to be a full-service IT provider or a cloud-only specialist, but rather can achieve success through a combination of things, then it may open up new avenues that its competitors may follow, adds Chaudhuri.

Other ripples through the tech sector may come in the form of a possible shakeup in the supply chain, as two large customers, Dell and EMC, become one mammoth customer with more purchasing power clout, IDC’s Nadkarni said. With EMC, Dell’s supply chain clout will rival that of Hewlett-Packard as it undertakes a massive system-wide repositioning, he added.

This article originally appeared in Knowledge@Wharton.