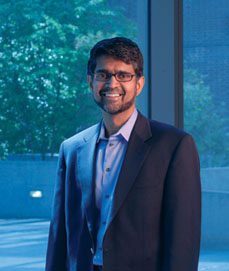 Previously, Kumar was deputy dean for education from 2008 to 2012. From 2005 to 2008, he served as chair of the Department of Mechanical Engineering and Applied Mechanics. He studies collective behaviors in biological and robotic systems, and took a scholarly leave from 2012 to 2014 to serve as assistant director for robotics and cyber physical systems in the Office of Science and Technology Policy at the White House.

Kumar will replace previous dean Eduardo Glandt, who served as dean of Penn Engineering for 17 years. Kumar’s term will begin July 1. Please join us in congratulating him!