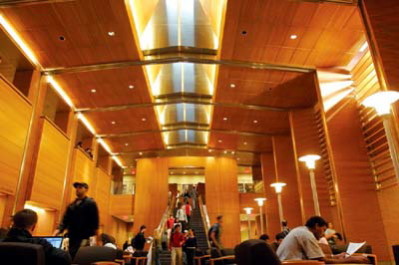 The conversation about disruptive innovation was recently revitalized with the debate sparked by a 6,000-word New Yorker piece that criticized the misapplication of the concept outside the business. In service of assessing the usefulness of such criticism, Knowledge@Wharton brought together commentary from Wharton faculty to deliver a sort of disruptive innovation state of the union.

The first point is simple but indispensable: surely the frenzied misapplication the model has received at the hands of an anonymous public should not be confused with the value of the concept itself. Clayton M. Christensen, the theory’s author, has received criticism from various sources that have taken issue with the theory based on authors that deployed the term incorrectly.

Ravi Aron of Johns Hopkins points out, “The reason that the disruption framework is misappropriated is because of a lack of understanding of the objective function of the enterprise.” The idea of disruption is right at home alongside the logic of profits and returns that drives private enterprise, and removing it from that framework may diminish the applicability of the concept.

The article features professor of management Rahul Kapoor, who discusses how his Mack Institute-funded research with Thomas Kleuter will contribute to an understanding of how firms face disruptive change. Kapoor’s research will advance the concept of disruptive innovation by adding nuance to our understanding of how management uses the concept to prepare for possible disruption.

With regards to the soundness of the theory as a basis for thought, Co-director Christian Terwiesch injects a bit of pragmatism, saying that reality is too complex to be captured by the model. “I found the model of disruptive innovation powerful,” he explains, “though I am fully aware that it is not a universal truth. It enables a discussion with organizations; it provides organizations with a framework and [encourages them to] reflect on their strategy. That is all. But that is a lot.”