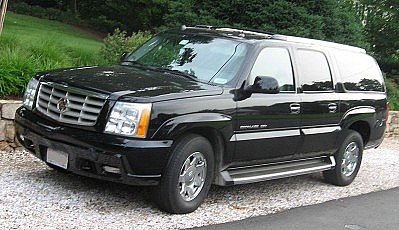 Over the summer of 2014, the Mack Institute worked with student Karan Juvekar on a guided project examining the market potential of Uber. In this guest post, Karan explores the reasons behind Uber’s success and the risks and opportunities in its future.

Uber is a venture-funded startup/transportation network company, founded in March of 2009, which created a hit mobile app in 2010. The mobile app, also called Uber, lets customers know where the nearest Uber vehicle is, and from there, customers can summon the specific Uber vehicle of their choice. Within minutes that exact vehicle will be at the customer’s location, ready to whisk them to their desired location. Payment is 100% paperless, meaning that the Uber app is connected to the customer’s credit card.

Uber is growing incredibly quickly and is one of the world’s most valuable private companies. The company’s CEO, Travis Kalanick, even stated that they are at least doubling revenue every six months, in a recent interview. On top of all this, the company is young, making it extremely intriguing to analyze. So why has Uber become so popular, and what more can it do to build on its success? Are there any pitfalls Uber can run into? And finally, what is the valuation debate surrounding Uber?

What Made Uber So Popular

The biggest reason Uber has become so popular is how much the customer benefits from the company. First of all, Uber’s simplicity and convenience are unparalleled; a customer is able to call an Uber taxi at the touch of his or her fingers. Before he or she calls the car, the app displays an estimated time of arrival (ETA) for the taxi. Secondly, with the launch of Uber-X in 2012, Uber’s fares are much cheaper than a taxi’s. Lastly, safety is a major reason behind Uber’s success. All drivers are background checked and all vehicles are inspected. The user is given the driver’s cell phone number, the make of the car, and a small picture of the driver. There is also a rating system implemented in the Uber app, meaning that customers can be assured their driver comes highly recommended.

On the other hand, Uber has grown due to the driver’s benefits as well. First and foremost, they can set their own hours, meaning that Uber can be a part-time job. (In my experience with Uber, this was the case with all my drivers). To make Uber even easier for the driver, Uber-X, launched in 2012, allowed driver to use his or her own personal car, rather than having to use an Uber-issued black car. Finally, drivers typically get safer and more professional customers as compared to a taxi driver. One of my Uber drivers once said, “I feel more respected as an Uber driver than as a taxi driver”.

How Uber can Grow Bigger

Although Uber has already grown substantially, it has barely grazed its potential. In order for Uber to become even bigger, it must expand geographically into new cities and countries. In my opinion, taking over larger cities, such as NYC or Chicago, will be challenging, because hailing regular taxis is so convenient. Therefore, Uber should look to move into smaller cities. In addition, introducing Uber internationally is equally important.

Secondly, increasing the number of Uber drivers is crucial for growth; hiring more drivers into their company will allow the company to have more Uber cars out in the street. This will lead to the distance/ETA time between a customer and a driver being lower. Typically, if an ETA is more than 10 minutes, a customer might think twice before using Uber. Another more direct idea Uber can implement is raising its fare/taking more than 20% cut from their drivers. By doing so, Uber will be able to increase their net revenue. But, this tactic is by far the most risky.

Although increasing the number of drivers is one of the most important steps Uber will have to take, it must be controlled. An overflow of drivers will cause a decrease in the number of customers each specific driver obtains. Inevitably, this will lead to less money for the drivers, causing frustration. In other words, Uber must find the perfect number of drivers in the streets.

In addition, Uber must be careful with its “surge pricing”. Surge pricing is when Uber triples, even quadruples, their fare pricing on specific days (holidays, for example). Although this leads to an increase in net revenue for the company and its drivers, none of their customers will appreciate this. If Uber uses the surge pricing tool too often, it may lose customers.

Uber must also be careful with fares. This may come as no surprise, but Uber’s biggest selling point is having a lower fare than a taxi. If they raise their prices too much, Uber’s fares will not be as competitive as a taxi’s fare, leading to many customers switching back to a taxi as their preferred mode of transportation.

Hand in hand with fares, Uber should make sure it keeps its drivers happy. If this means not taking a bigger cut from its drivers (currently set at 20%), then so be it. Taking more from drivers will increase Uber’s net revenue, but it will anger the drivers highly. In the end, if Uber looks to grow substantially, one of their priorities will have to be keeping their drivers happy.

Finally, just like any other large company, Uber must keep its competitors (primarily Lyft and Sidecar) in check. Not only can these challengers steal numerous customers from Uber, it can also do the same with their drivers. The rivalry between the companies is fierce, illustrated by some news that Uber employees were calling Lyft cars to jam up their service. An interesting note about Sidecar is that their drivers have the ability to set their own price, meaning that they compete for the customer’s business by lowering their rates. This allows for some extremely cheap rides!

Overall, while it is difficult to determine Uber’s exact valuations, (since Uber is a private company and has not disclosed its financial numbers), there have been numerous attempts. In 2013, a person affiliated to Uber claimed that Uber’s financing values were around $3.5 billion. This was a full year ago, and to this date, there are numerous valuation numbers circulating around. Wellington Management and Fidelity Investments are expected to invest in Uber after valuating the company at an amazing $17 billion in June 2014. But, a few people have not accepted this number. Aswath Damodaran, a world-renowned NYU Stern professor, disagrees with the valuation. According to his calculations, Uber should really be worth a mere $3.2 billion. Bill Gurley, a venture capitalist at Benchmark and a board member/early investor at Uber, is on the other side of the argument. He states, “As such, my goal is to offer a plausible argument that the core assumptions used in Damodaran’s analysis may be off by a factor of 25 times, perhaps even more”. As one can see, there is no exact valuation of Uber as of today, but it is incredible to imagine the endless opportunities Uber has ahead of it.

Another major problem Uber faces is regulatory limitations. Specifically, taxi services have been protesting against Uber while some governments have limited the access of Uber; Germany went so far as to ban it! In Washington D.C., taxi drivers have caused major traffic jams due to their protests against Uber. The drivers are extremely unhappy with ridesharing companies such as Uber, Sidecar, and Lyft. Similar circumstances have arisen in numerous cities, notably Boston, London, Los Angeles, Paris and Madrid. An even more extreme case was a recent nationwide ban of Uber across Germany. Interestingly, Uber defied this nationwide ban by promising its customers to continue service—in spite of possible hefty fines. 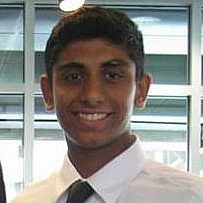 Karan Juvekar is a senior at the Montclair Kimberley Academy. His academic interests lie at the intersection of business and engineering, and he hopes to combine the two in college. He loves math and science, hence his interest in engineering. Outside of the classroom, he is passionate about sports; he plays varsity basketball and tennis and watches the NFL, NBA, and tennis closely. In the future, he hopes to work either on Wall Street or at a technology firm.