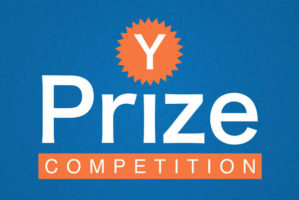 This year’s Y-Prize Competition focuses on technologies that transform the metals which surround us: one technology heals metal which has been damaged, and the other breaks metal down — albeit in a controlled, intentional way — to harvest its stored energy. Both inventions come out of the lab of James Pikul, a professor of Mechanical Engineering and Applied Mechanics.

Of this year’s four finalist teams, one team has proposed an idea to make home repairs easier using the metal healing technology:

Repairylene is a self-contained metal-healing device designed for room-temperature, on-the-spot fixes. Using Penn’s proprietary technology, Repairylene can be applied to a variety of metal structures by professionals and amateurs alike. Simply assemble, activate, and remove! Repairylene targets the roofing, piping, water tank, and fencing industries, and at a cost of production of $4.92, undercuts the lucrative welding and epoxy markets. Repairylene will target three customer segments: homeowners, retailers and distributors, and repair professionals.

The other three teams will be pitching solutions that power electronics in faraway places using the energy harvesting technology:

We will leverage Penn’s Metal-Air Scavenger IP to create an affordable lighting solution for homes in off-grid communities across the world.

The global logistics industry is deploying Internet of Things (IoT) devices in their shipping containers at an exponential rate to track their location, temperature, and other data, unlocking a revolution in supply chain visibility. But traditional energy sources are proving insufficient for the task. These tracking devices need longer lasting, more reliable power for longer distances and with a lower lifetime cost. M-Squared is the solution. Its proprietary metal air harvesting technology generates energy from the metal of the shipping container directly, providing a stable, reliable, and environmentally friendly power source with superior duration.

1.5 million people die from vaccine-preventable diseases every year. Research has identified ineffective temperature control due to inadequate transportation containers as the key cause. TemPower solves this problem through the design of a vaccine container that can keep the vaccines in a safe temperature range for up to 20 days. This self sustainability comes from a very effective thermal design and the Penn-developed energy harvesting technology. TemPower technologies is not only cost-competitive, it can actually save governments and NGOs millions of dollars by preventing vaccines from being wasted.

The four teams have two months to refine their ideas and perfect their pitches. They’ll present their ideas live to a panel of judges for the $10,000 grand prize in the Y-Prize Grand Finale on February 3, 2020.

Learn more about the technologies the teams are using in the videos below.