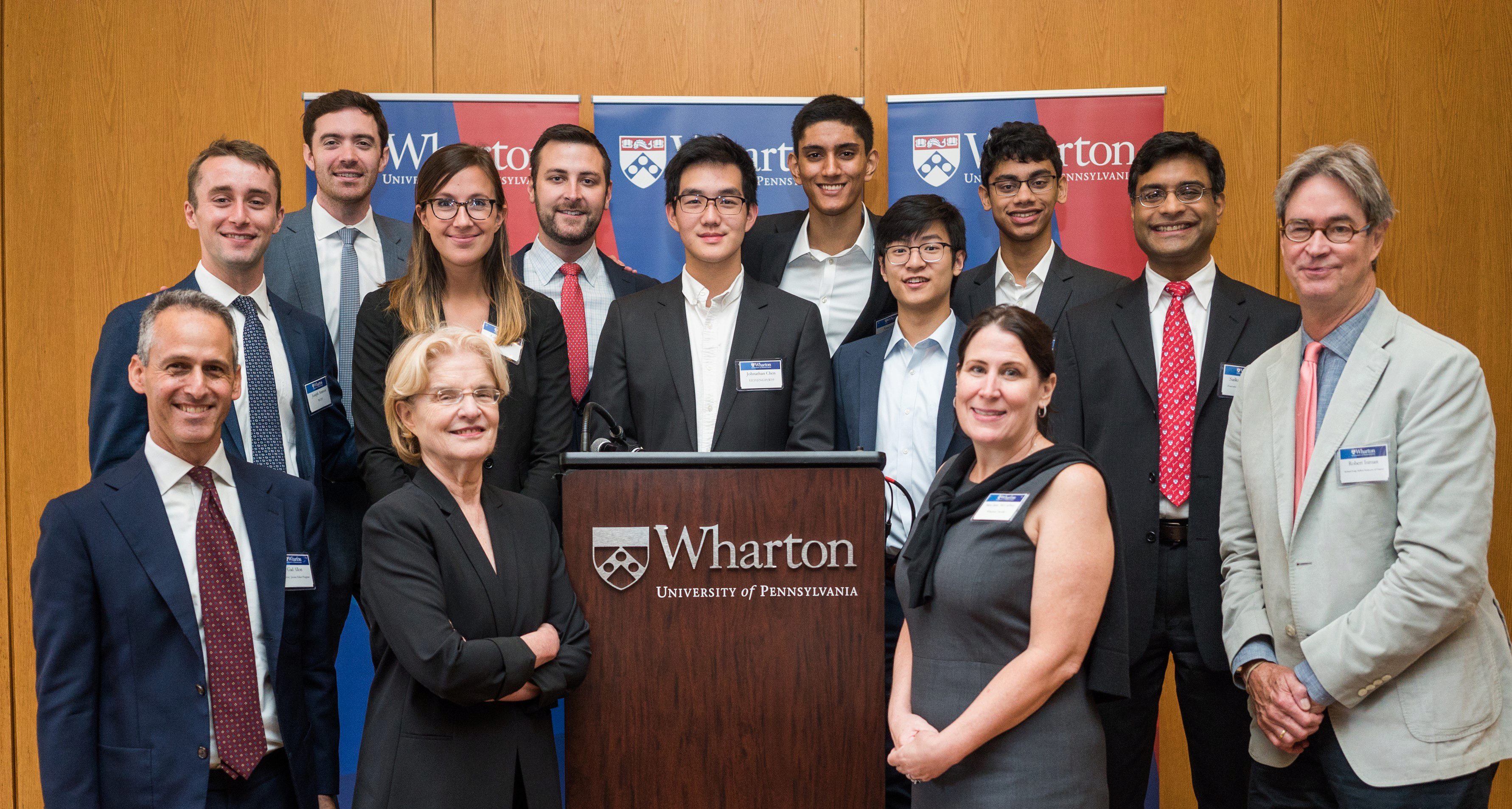 The Mack Institute for Innovation Management co-sponsored the Amazon to Philadelphia Case Competition for Penn students to analyze why Amazon should locate their new headquarters in Philadelphia. The event brought together Penn and Wharton faculty, students, and the city officials including Mayor Jim Kenney and Councilman Kenyatta Johnson (District 2) to watch the student pitches and note ideas for the final bid. Students can bring a fresh perspective to this massive business opportunity, and “it is important for all the teams to work together,” Mack Institute Executive Director Saikat Chaudhuri emphasized.

The students presented such impressive ideas from a variety of perspectives that the judges had two teams tie for the winner’s spot. Team Delphi, one of the winning teams, proposed the conversion of Philadelphia into a “smart city” using a sea of sensors that would collect traffic flow data. They emphasized that since Amazon has troves of information on online activity but lacks data on offline activity, this would be the logical next step. Team Wharton Prime, the other winning team, took a more analytical approach, crunched the numbers, and came up with tax breaks and incentive packages summing up to $12.5 to $15 billion. They also proposed the appointment of an “Amazon Happiness Officer” who would serve as the company’s point of contact in the city government to attend to their needs.

Amongst the 238 bids submitted to Amazon from across North America, these creative ideas are exactly what will help Philadelphia stand out. The City Council confirmed that they were able to use research from all finalist teams in their final proposal to Amazon, which was submitted on October 19th. While speculations abound, Moody’s Analytics lists Philadelphia as the third-best option in the list of contestants based on Amazon’s stated preferences and economic factors.

Phillymag noted that 200 local business leaders, including 76 from the startup community, as well as more than 65 college and university presidents signed letters of support or provided testimonials for the final bid. Their arguments include Philadelphia’s prime location between New York and D.C., affordable living costs, highly-educated talent, strong public transportation system, and a growing tech sector. The city also has an irresistible charm with its vibrant restaurant and music scene, rich history, and beautiful architecture. With these incentives and more, Philadelphia might be the perfect fit for Amazon and a tough contender in the race for HQ2. “It’s a once-in-a-generation opportunity for the city,” Mayor Kenney said. Amazon has announced they will make a decision in 2018.

Separate from the case competition was a writing competition hosted by Wharton Communications and judged by three Pulitzer Prize-winning journalists and representatives from The Philadelphia Inquirer, The New York Times, The Financial Times, BBC, and Associated Press. Finalists from the writing competition were also recognized at the Friday reception.

Both competitions were a concerted effort to bring the school’s brightest minds together with the city government to make Philadelphia a leading hub of technological innovation. The Mack Institute proudly supported the event, which was aligned with our longstanding commitment to the advancement of creative ideas in technology by connecting fresh student perspectives with more established corporate entities.

The student-organized case competition was led by The Sign.al and MUSE and sponsored by The Wharton School, The Mack Institute for Innovation Management, The City of Philadelphia, and Weiss Tech House.