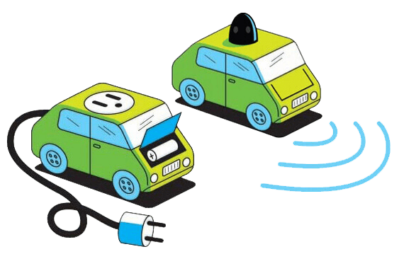 Together with Philip Tetlock and his team at Good Judgment Inc. (GJ), PVMI embarked in the fall of 2015 on the design and execution of a technology forecasting tournament focused on electric and autonomous vehicles. Led by John Paul MacDuffie and Rahul Kapoor, its objective was to learn more about the likely trajectory of these emerging technologies using the wisdom of the crowd.

Overall, far from being a “tipping point” year for EVs, 2016 was instead a year of reality not matching EV advocates’ optimism, as shown by the disappointing (relative to expectations) sales figures, lack of legislative action in the U.S., and less-than-expected impact of EV subsidies in Germany. The most positive trends for EVs are that battery costs are dropping relatively quickly and that Chinese government policy plus investments by Chinese domestic OEMs and entrepreneurs are fueling continued steep growth in EV sales.

The Challenge closed on January 1, 2017. The 13 questions ultimately attracted 1,530 forecasters who made over 9,500 forecasts on the questions detailed below. We also asked two open questions regarding events that might drive technological innovation in the auto industry in 2017, and suggestions for questions to help predict the future of EVs.

Soon after January 1, 2017, we resolved all the questions from verifiable sources and reported results to the forecasting community. We provide performance results so forecasters can get feedback on how they performed on the challenge. We also analyze the forecasting data (both quantitative and qualitative) to identify the trends and the basis for predictions made by the forecasters.

We’ve built on what we learned in this Challenge to capture a broader range of positive and negative indicators for the next Challenge, which is now live on GJ Open. Join us!