Recent Y-Prize winners and finalists have used the competition as a launching pad to pursue even bigger and better opportunities: 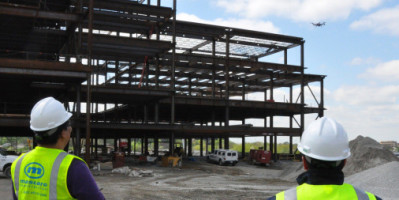 Identified Technologies, the winning team of the inaugural 2012-2013 competition, has recently been featured on Tech Crunch and has raised around $2 million in funding. The team initially developed the idea of using quadrotor robots to remotely detect IEDs in war zones, but the business plan has evolved to encompass large-scale, unmanned data capture. The company developed a drone system that maps job sites in as little as six hours and currently has multiple profitable contracts in Pennsylvania. 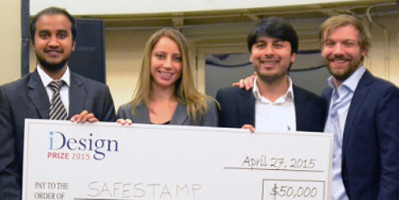 Meanwhile, SafeStamp, a finalist in the 2014-2015 Y-Prize competition, was recently awarded the $50,000 prize as winners of the iDesign@Penn competition. Comprised of Anastasia D’Orazio (WG’16), Ravit Dung (GEng’15), Matt McGuire (WG’16), and Meet Vora (GEng’15), SafeStamp combines graphene and quantum dots to ensure that a product is not counterfeit. During the iDesign@Penn competition, the team pitched their product as a method to reduce counterfeit medication in developing countries as a point-of-purchase verification “stamp.”

We heartily congratulate these students for everything they’re continuing to accomplish!

Find the latest news about the Y-Prize Competition here.