Over the past few years, Wharton has become a hub for entrepreneurship; beyond increasing its related class offerings, aspiring entrepreneurs at Wharton have access to support and funding through resources like Wharton Entrepreneurship, Weiss Tech House, and the Penn Center for Innovation, along with student-run communities like the Founders Club and E-Club.

But even as more and more Wharton students enter with entrepreneurial ambitions, the truth is that most are unlikely to start a company immediately or even five years after school. An enormous opportunity exists for Wharton to provide these students the tools and training to become intrapreneurs.

Who is an intrapreneur? It’s someone who sees a need within an established organization and solves the problem by internally driving the creation of a new product, service or system. At their core, intrapreneurs and entrepreneurs are similar—they see a problem and take initiative to solve it. Both use iterative processes of talking to users, brainstorming new solutions based on user needs, and building prototypes to test the new ideas.

I’ve found that working within an established organization open to change can be immensely rewarding in terms of both scale and immediate impact.

However, there are also key differences. The entrepreneur’s life is an emotional roller coaster — the highs of a funding win, the heartbreak from a product failure, and constant anxiety and adrenaline in between. For intrapreneurs, the journey is less fraught with risk and emotional volatility. With the resources of an organization to pull on, their key challenge is getting buy-in from stakeholders, resulting in a slower pace and continual engagement with the dance of organizational politics.

Growing up in Silicon Valley as the daughter of a serial entrepreneur, I understand both the benefits and drawbacks of entrepreneurship. While I love the rush of tackling huge problems, I’m less inclined at this point to take on personal risk. And I’ve found that working within an established organization open to change can be immensely rewarding in terms of both scale and immediate impact.

Prior to Wharton, I developed training and consultation programs for managers of mental health clinics. Based on client feedback, I saw an opportunity to improve our services; yet we had used the same training model for many years, and my initial proposals met with resistance. However, by working with individual stakeholders to get feedback and buy in, I was able to pilot and eventually implement an entirely new service model. Two years later, this model has now been expanded to serve the entire mental health system in New York State.

Because I was working within an established organization, I could draw on existing resources and expertise to develop, pilot, and implement my idea in under six months, touching over 150 individuals and 50 organizations in just the initial launch. Would this have been possible in a startup? Very possibly. But the fact that I didn’t have to fundraise, hire employees, or make payroll in the process let me focus my energy on solving the problem at hand.

I do believe that more emphasis should be placed on our potential to be changemakers via intrapreneurship as a vocation and path. 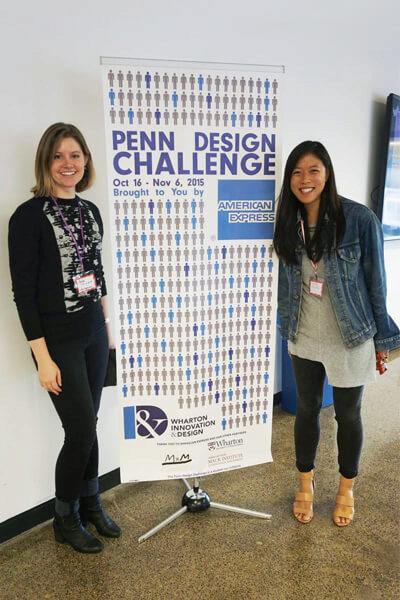 It feels shameful to admit that right now, I don’t want to have to deal with the risk and anxiety of an entrepreneur’s life. But I suspect that many of my fellow Wharton students feel the same. And as a result, I do believe that more emphasis should be placed on our potential to be changemakers via intrapreneurship as a vocation and path. For example, at the Wharton Innovation and Design Club, which I co-lead, we emphasize that building new products and services is not limited to entrepreneurs; via the Penn Design Challenge and other workshops focused on conducting research with customers, running brainstorming sessions, and creating viable prototypes, we teach skills that can help any student innovate within their chosen industry and function. Other campus resources including the entrepreneurship resources listed above, along with the Mack Institute, Wharton Social Impact Initiative, and student clubs such as Tech Club and Wharton Social Impact Club also provide trainings on valuable skills and exposure to successful intrapreneurs.

Within our flex core, about one third of Wharton students take OPIM 614 (Managing the Productive Core of the Firm: Innovation), which provides them with an opportunity to build their innovation skillset; however, I believe that this should be required of all students. As part of the Dean’s Graduate School Advisory Committee last year, my team conducted research with 180+ Wharton students on the gaps they saw within the Wharton entrepreneurship/innovation experience. One of the key recommendations was that all MBAs should be required to take a core class focused on methods used for both entrepreneurship and innovation in order to foster greater cultural support and also send the message that all students could and should benefit from learning tools to drive entirely new solutions. Why does this matter? Today, it often seems like the people credited with large scale impact are all entrepreneurs, but the truth is that there are many intrapreneurs driving change every day. We all have that potential.

I’m continually impressed by the grit, ambition and intelligence of my fellow Wharton students – exposing us all to the skillsets that changemakers need opens up a whole realm of possibilities for ourselves and the world at large.

Want to read about specific intrapreneurship case studies and tips on how to be an intrapreneur? Check out the League of Intrapreneurs, founded by Accenture and Ashoka, as a great starting point. 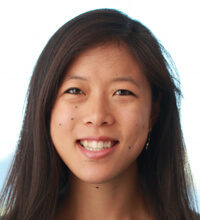 Justine Lai is a 2nd year Wharton MBA student. Prior to Wharton, Justine worked within the Innovations department of a NYC human service agency, helping managers of mental health programs transform the way they managed their businesses. She is creating her own major in Innovation Management and spent the summer at the strategy and innovation consultancy co:collective.

This post originally appeared on the Wharton Entrepreneurship Blog.

One comment on “For Would-Be Entrepreneurs, an Alternate Path”

1 Pings/Trackbacks for "For Would-Be Entrepreneurs, an Alternate Path"